Awareness Makes A World of Difference 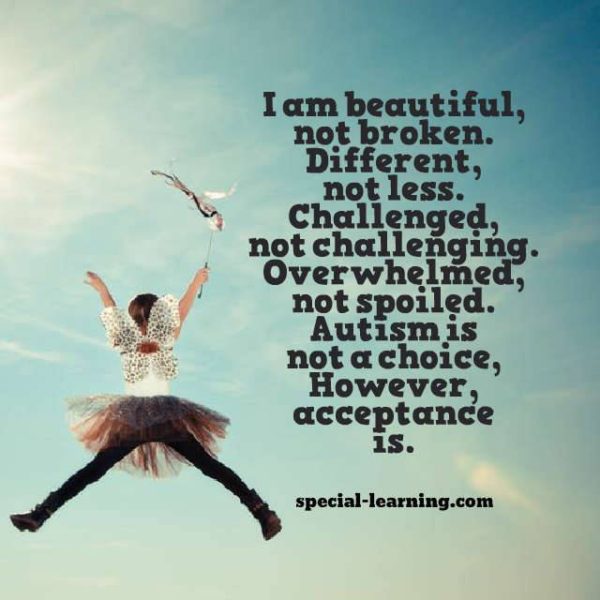 What would we do without differences? Where would we be without the unique spectrum of minds all looking at this world in neurologically distinct ways? Would we know about the theory of relativity if Einstein had not obsessively repeated sentences until he was 7 years old? Would we have Symphony No.40 in G minor or Don Giovanni, if Mozart wasn’t compelled to constantly move his hands and feet? Difference is what makes life interesting and creative; something we should keep in mind during National Autism Awareness Month.

Autism isn’t just one thing: it’s a range of individually specific ways of connecting with others and processing information. For some, a diagnosis of Autism can simply mean having a few more social challenges. For others, it can mean being completely non-verbal and showing intense discomfort in social settings.

It’s likely that you have interacted with a person with Autism without even knowing.  Have you ever been out in public and witnessed someone having a “meltdown”?  Have you ever seen a kid suddenly become overwhelmed by what seems like nothing at all?  Have you ever found yourself on a plane seated next to a screaming child?  Most likely you have had at least one of these experiences.  Now, not all of these scenarios means the individual has Autism, but we often jump to blame or criticism when we witness such behavior.  Think back to what you thought the last time you saw a child having a meltdown. Were you annoyed with the child or with the parent for not removing the child? Did you feel bad for the child or the parent? Did you turn and walk away because you felt uncomfortable?

As the CPST Coordinator at Catalyst, I’m keenly aware of the challenges these individuals and their families’ face. I asked a couple of parents, whose children were diagnosed with Autism, what they wish people knew about their lives, and what they wish people would do when interacting with their child.

END_OF_DOCUMENT_TOKEN_TO_BE_REPLACED 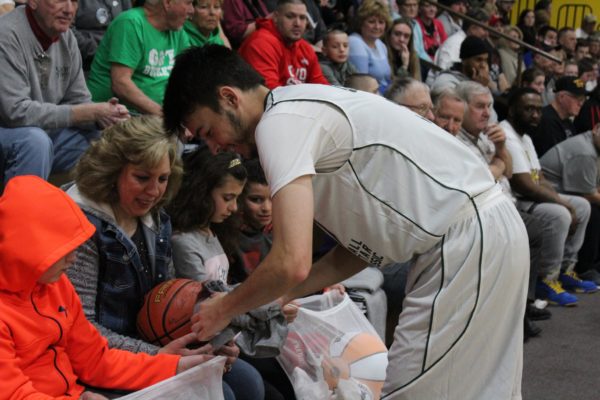 Catalyst Life Services’ partnership with the Mansfield News Journal for the 41st year of the All-Star Classic Basketball game did not disappoint!

The South narrowly beat the North 143-140 in overtime; the third time the game has ever ran into overtime in its long history.

In retrospect, perhaps, it was South Coach, Taylor Iceman’s, fortuitous win of the draft coin toss that gave him the  leading edge. He snagged Mansfield Senoir’s Quan Hillory and Ashland’s Garrett Denbow both of whom put up a jaw-dropping number of points– Hillory 43 and Denbow with 36. Hillory walked away as the evening’s MVP and between them they broke the record of most points by two players on the same team.

It was a fast paced, back-and-forth night; with only 13:32 left in the game, the South trailed the North 81-59. The deciding moment came when Klejhan Randleman made a 3-pointer to eek out a 141-140 South lead. After Hillory sank a few more free throws, the deal was sealed and Iceman’s team walked away with the win.

Win or lose, there was no denying that both teams were stacked with talent. These were the best of the best from all around North Central Ohio and it showed! It was a wonderful display of sportsmanship and philanthropy on the part of the players. 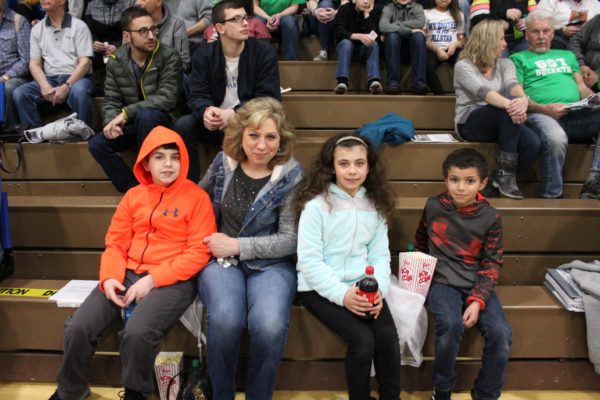 Each year, a few kids who receive services from Catalyst are selected as the recipients of gifts from the represented schools. Each one beamed as  the players personally presented them with a gift; their goodie bags swelling with generosity.

This much-loved event always drives the point home that when we support a good cause: everybody wins! 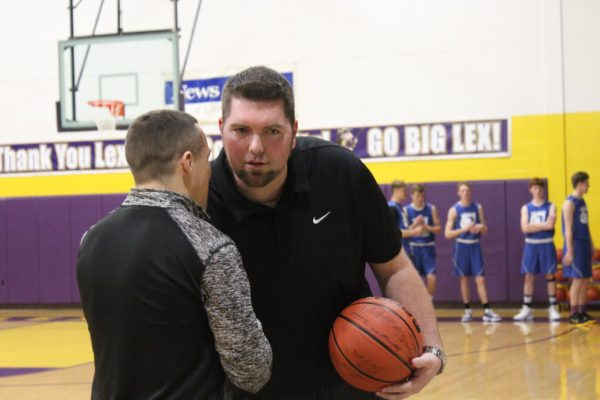