Deaf and addicted: How one woman reclaimed her life with Catalyst Life Services 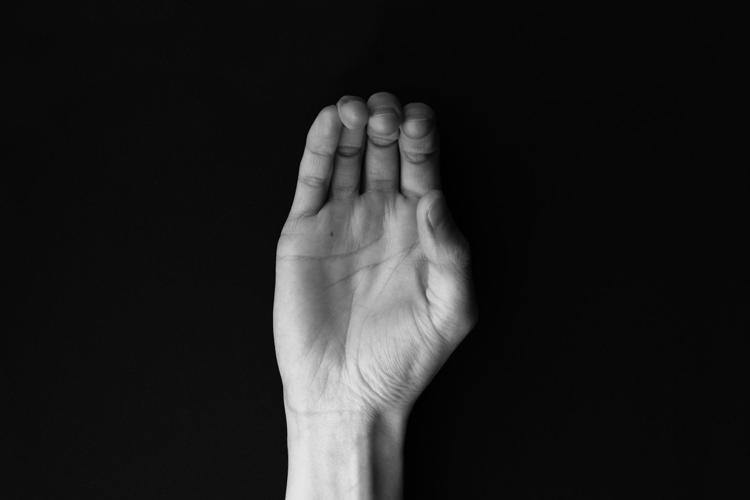 She’s seated across from me in the ambient light of the Director of Deaf Service’s office. Her interpreter is by my side so she can have a clear view of her hands, and so I don’t mistakenly direct my attention and questions to the interpreter instead of the woman herself.

She’s been a client of Catalyst Life Services for over two decades. In May, she will be sober for one year. I ask her what first brought her to Catalyst and she begins rapidly moving her hands to tell her story.

“I think I was 25.  I was addicted to drugs and had attempted suicide.” There’s a pause before she continues, “It was from my childhood. I had a really bad experience. I was sexually molested and that was why I was depressed. So, when I added drugs and alcohol…” She makes a gesture like a bomb going off.

25 was a difficult age for this woman, who wished to remain anonymous. She unexpectedly ended up pregnant, left her family, and married the father of her child–a marriage that eventually ended, leaving her to raise her children on her own. It was only when she came to the Richland County Health Department for assistance during her pregnancy that she learned she could use the services of an interpreter. The interpreters she found came from the nearby Rehab Center–now part of Catalyst Life Services; it was through contact with them that she was able to find the help she needed when her life took a turn for the worse. Through Catalyst, she’s taken part in addiction therapy groups, private counseling sessions, visited the Audiologist, and utilized the many services offered at the Community Center for the Deaf and Hard of Hearing. When I asked her how Catalyst helps her she indicates a never-ending list. There’s the mental wellness part, of course, but then there is the more day to day assistance. Director of Deaf Services Tanya Haga explains that for many deaf clients, English is not their first language, so paperwork that they get from the doctor’s office or letters they receive from schools concerning their children are difficult to read. The uninitiated, myself included, may be forgiven for not understanding that American Sign Language isn’t based off of American English. “The grammar is completely different,” says Haga.

ASL is modeled on French grammar and flipping it around and translating it into written English can be challenging for many clients, which was a problem for this woman encountered when she entered the workforce. Employers would try to communicate by writing messages back and forth. “It’s hard because, English language, it’s a lot of writing. ASL is short. That’s the deaf way. In English, they just go on and on and on,” she gestures while shaking her head. It’s a different language; perhaps, even, a different way of thinking. Much of what the Community Center offers is help translating all that is left unsaid or lost in the fine print. Imagine trying to understand the implied points of a phone contract, or bank loan, or the myriad other transactions we of the hearing world take for granted.

“You have to understand that many of our clients didn’t overhear their parents talking about the bills at the kitchen table,” says Haga. It’s an example of what’s known as incidental learning, and it accounts for much of the learning we absorb during our lifetime. Those missing pieces can have far-reaching consequences, as was the case for the woman in front of me. When asked, she doesn’t recall learning about the dangers of drugs in school. Learning for her was mediated through sight. “For me, it’s like my eyes are my family. I watched all the behaviors of my family. My father was an alcoholic, so it’s what I witnessed.” It was also through sight and guesswork that she was first introduced to harder drugs by a group of friends. As she describes it, “I had no idea what was even going on. The first time I was looking at them and they were doing it. I was curious, so they offered it to me.”

Like many deaf children, she was born to hearing parents. Unfortunately, her parents were not as supportive as some, “My mom required me to speech read. I don’t have a relationship with my mom, because she didn’t want to learn sign language. She didn’t want to learn how to communicate with me.” She has a sister who is close with her mother. “My mom and sister are best friends,” she says, and it’s clear that the pain of this still cuts deep. A pain of feeling left out– the effort to communicate too unfamiliar or bothersome. Many deaf individuals report feelings of isolation and loneliness, which is easy to imagine; the party you attend but can’t fully understand; the troubled look on the strangers face when they realize they don’t know how to interact (especially when you’re hyper attuned to facial expressions). The deaf community is a close-knit group that counteracts such isolation–the Community Center for the Deaf and Hard of Hearing a cherished resource and harbor of understanding.

It was through Catalyst’s vocational program, Progress Industries, that she did find work; however, her early attempts were beset by her ongoing addictions. Now that she’s finally clean, she thinks she’d like to re-enter Catalyst work program. The work she really loved, what she described as her dream job, was working on the factory assembly line. A surprising dream to some, but one that makes sense when she describes it, “I love it because you can just stay focused and you can think positively about what you’re doing. It was easy for me to be positive there.” What she finds on the assembly line is a place where people don’t need to pass notes back and forth. A place where she can feel competent. A place where she finds what psychologist Mihaly Csikszentmimihalyi calls “Flow.”

Deaf Services and Catalyst as a whole have touched many aspects of this woman’s life. A life without these services for her would be frustrating and more difficult than necessary. “I decided to come here so I could have someone support me throughout my life.” A life she’s now excited to keep living. “God told me that I have to get healthy and that means I have to get back to work. I have to trust in myself and in my abilities to just work.”

Donations raised during Catalyst Rehab Telethon help support services like these and may just help save a life. Please support Catalyst by donating online at www.catalystlifeservices.org/donate, or during the Telethon February 2nd at The Richland Mall.